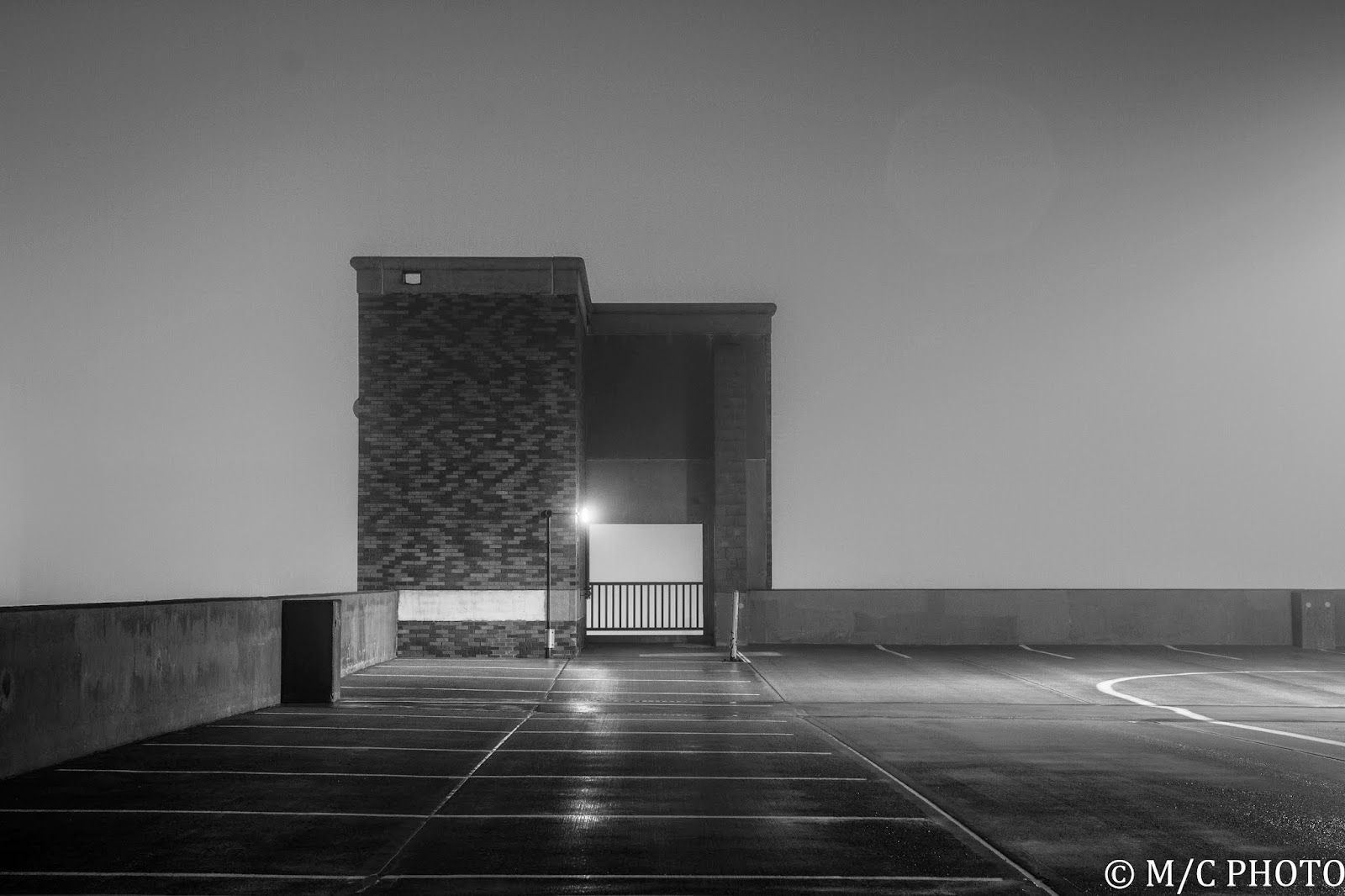 I've touched on this topic before, but there's a lot more to it. Suicide is one of the least understood acts a person can commit. Those with no history of suicidal ideations or attempting it often can't grasp the motivations behind it.

I've heard it time and time again: suicide is "cowardly," "I don't understand-it makes no sense," or "there was no reason for him to do it." Well, to someone who has never experienced the seemingly unprovoked thoughts, not being able to make sense of it is understandable. In this photo, someone might see a gate or a good vantage point over the city (it's 7 stories up, one of the taller structures in the area), but to someone who's having suicidal thoughts, it's a place to jump off if the need arises. Contrary to belief, those thoughts just kind of appear, completely unprovoked. At times, they can be dismissed, but look at this photo a little more. Notice your eye being drawn to the gate. That's kind of what starts to happen-slowly these thoughts start to take control and can't just be brushed away. It's almost as though you've lost control of your own mind, and can even end up unexpectedly driving someone to attempt even if there are no other outward signs. The worst part: those thoughts can pop up at the most random times. Sometimes all it takes is seeing something the right way, like this gate, to conjure up thoughts about what death is like or what it would feel like gliding through the air on my way to a particularly solid landing, knowing what is going to happen.

I would like to end on this thought: even if it seems like he or she had no reason to jump, or they had everything going for them, there was a reason. There were signs. A lot of people can't talk about their problems with suicidal thoughts due to the fear of stigmatization, losing their job, or being pushed away by their families. I ask you reading this to do me a favor: if you have a friend or loved one you suspect is dealing with suicide in any way, shape, or form, reach out to them-don't push them away, and don't punish them. They may not be able to help it, and may need your help more than you even realize.
Posted by Unknown at 12:11 AM No comments: 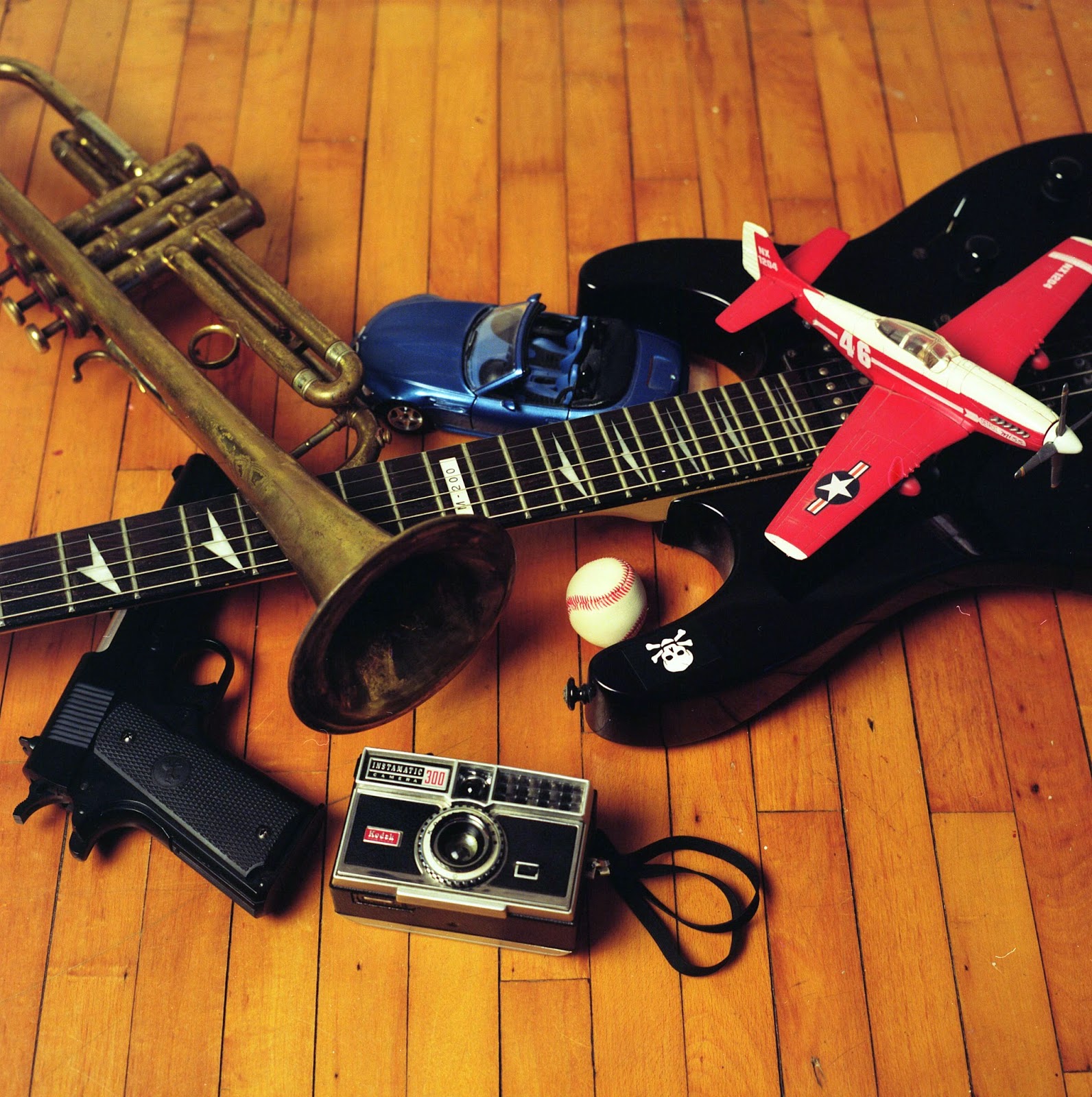 Depression has some very well known costs, such as suicidal thoughts and social withdrawal, but there's one symptom that's rarely discussed: loss of interest. Every one of these objects either is or represents something I've given up. The car represents two things: model building and racing. I've given up on photography quite a few times, but I've always come back to it. Unfortunately, music didn't meet the same fate-I don't feel inspired with an instrument in my hands anymore, and haven't for a very long time. Also, given my experiences with depression, giving up firearms (that's a BB gun) was probably a good idea.

It's a fairly predictable cycle. During hypomanic phases, I have a tendency to take on new projects, new delusions of grandeur, or find a new hobby. I would pour my heart into it at first, putting it ahead of things I really shouldn't put a hobby ahead of. But each time I'd go through a depressive phase, I would come out with less and less interest in my hobbies. Eventually, I'd feel so uninspired that they began to feel more like work and less like hobbies. When that happened, I put down the trumpet, the guitar, the dreams of being an aviator, the camera, the baseball bat, the guns and left the drag strip, and, with the exception of the camera, never picked them up again. Luckily, with medication, I don't think this will be a problem again.

On a side note, bipolar disorder itself is known to induce a creative streak in people. That's probably part of the reason I find photography (particularly film-this image was done with one of my film cameras) to be a good release, and why I was drawn to music. That's another topic for another post, I think.
Posted by Unknown at 9:24 PM No comments: